Laser peripheral iridotomy (LPI) is the standard definitive procedure performed for patients suffering from, or at risk of angle-closure glaucoma where a laser is used to create a very small hole through the iris (iridotomy).

The iridotomy allows pressure to equalise on both sides of the iris in cases of pupil block, where the pressure behind the iris in the posterior chamber has caused it to bulge forward, closing the angle. Once aqueous can flow forward through the LPI aperture into the anterior chamber, the iris returns to its normal position, opening up the angle.

An LPI is used in advance as a protective measure in a patient with narrow angles who is at risk of an acute angle closure attack. It is usually performed in both eyes as a preventive measure.

The LPI is performed as a ‘walk-in’ day procedure, where the patient attends a clinic appointment for the procedure and can carry on with most normal activities afterwards. In the 15 minutes immediately before the procedure pilocarpine eye drops are administered to constrict the pupil, which has the effect of stretching the iris, making it thinner and easier to puncture.

The Nd:YAG laser is the most common one used to perform LPI in patients with medium brown and blue irises. In patients with thick, dark irises the ophthalmologist may need to use two types of laser. The first one, an argon laser, is used to thin the iris. Then the surgeon will use an Nd:YAG laser to punch through the final layer and create the aperture.

Immediately after the LPI, the patient will be prescribed steroid eye drops to be dispensed four times daily for a week to reduce inflammation. A follow up appointment will be made for you. It is recommended to have a driver on the day. The total time for the drops and laser treatment is approximately 30 minutes. 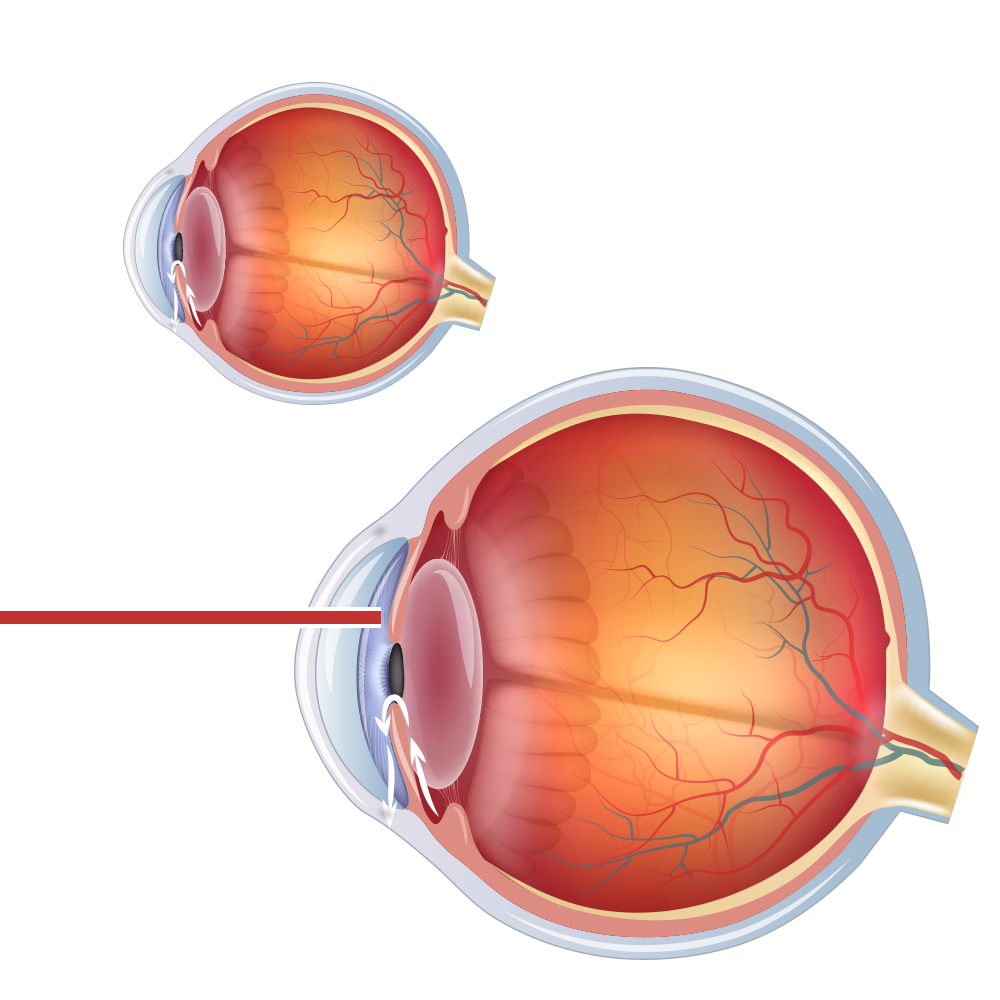