The term glaucoma is an ancient Greek word meaning cloudy vision and was used to describe the onset of blindness in older people.

Glaucoma is now the name given to a large group of degenerative diseases characterised by the gradual destruction of the optic nerve, which is the cable that connects the eye to the brain. In most cases damage is caused by an abnormal build-up of pressure within the eye but not necessarily a high pressure per se. In some patients the damage is caused by a poor blood supply to the nerve, a weakness in the structure of the nerve, or a problem in the health of the nerve fibres themselves.

What are the symptoms?

The danger of glaucoma is that there are often no initial symptoms. In most cases the disease affects the sides of the vision in the early stages and given that one eye can sometimes compensate for the other, the sufferer is usually unaware that their vision is undergoing damage. The full impact of the condition often remains hidden, sometimes for many years, until the majority of the nerve fibres have been damaged and a large part of the vision has been irreversibly destroyed. This means that the loss of sight is permanent and from this point onward, all that can be done is to manage the vision that remains and try and ensure that further vision is not lost. It is estimated that as many as half the people with glaucoma are not even aware that they have the condition. For all these reasons glaucoma is often called the sneak thief of sight. 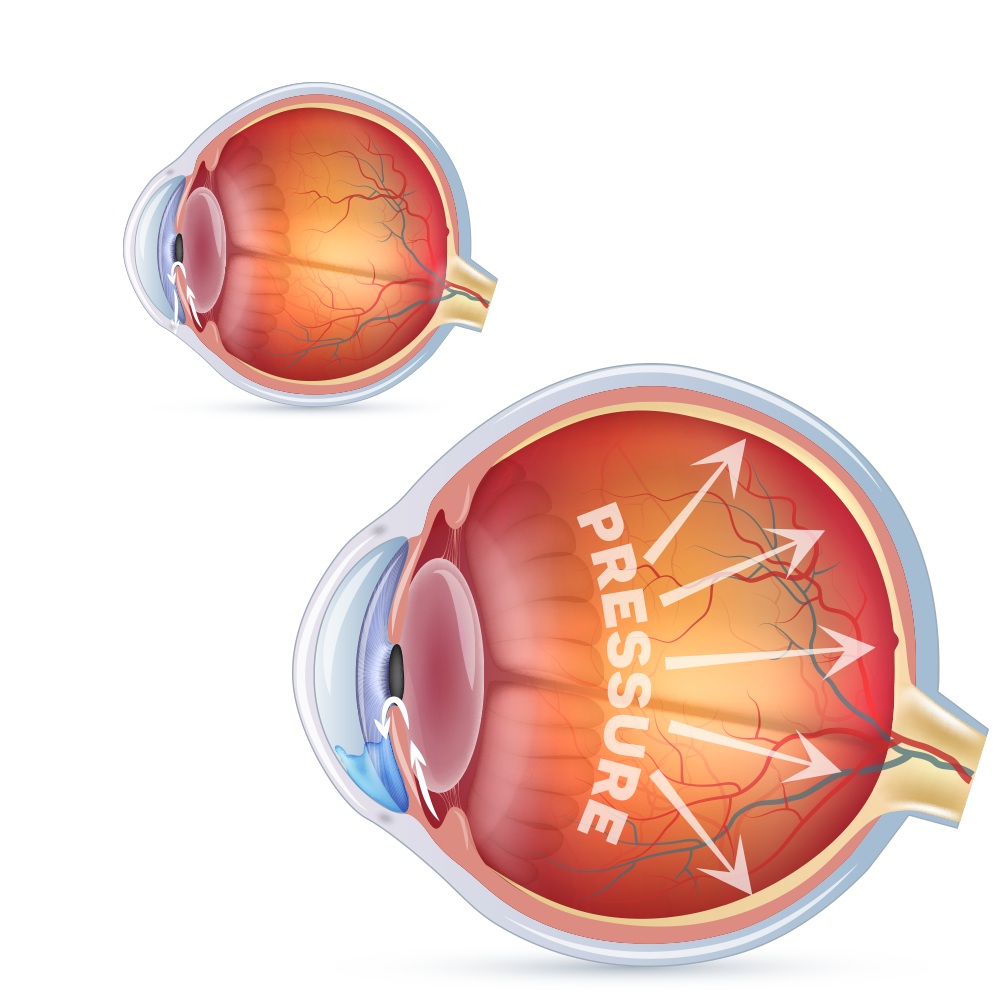 What is the size of the problem?

According to the World Health Organisation, glaucoma is the second leading cause of blindness worldwide after cataracts.
At the end of 2012, Australia had a population of 23 million. The proportion of the population who have glaucoma over the age of 40 is about 3.7% yielding a total of 385,000 potential patients. These numbers will increase because Australia’s population is increasing and also ageing. 1 in 8 Australians over the age of 80 will develop glaucoma. This will result in suffering of patients and families, with the loss of independence and a reduction in the quality of life.

Relatives of glaucoma patients have an increased risk of developing the disease. Some of the other risk factors include migraines, people with very short eyes or very long eyes, previous eye injuries, problems with the blood supply to the back of the eye, inflammation inside the eye, or the use of medications containing steroids.

Screening guidelines have been developed:

What are the types of glaucoma?

There are many different types of glaucoma, the most common are:

As yet, we have no means to restore the sight of people afflicted with glaucoma. In the absence of preventative and corrective measures, the key is early detection and management.

How do we detect glaucoma?

Regular eye examinations by a trained professional such as the excellent optometry service we offer is the best way to detect glaucoma. This will usually involve an eye pressure check, an examination of the optic nerve and a visual field test. With the advent of new technologies, there are a host of other tests that may be required. These include ultrasound measurements of the corneal thickness and laser scanners can take incredibly detailed pictures of down to 1000th of a millimetre in size. The results from patients can then be compared to a database of patients with good eye health and a comparison can be made determining the likelihood of a problem. Scanners to image the front of the eye can look into the drainage angle to find any potential problems.

Can glaucoma be treated?

There is no definitive cure for glaucoma. Vision that is permanently lost cannot be restored. However, the good news is that with treatment, glaucoma can usually be controlled and further loss of sight can be prevented or at least dramatically slowed down.